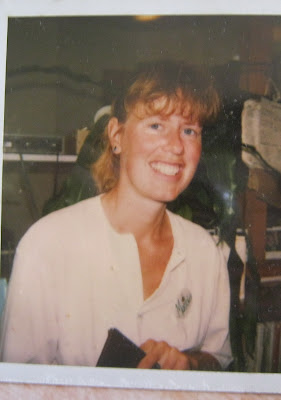 This was Andrew's Dutch Physiotherapist, Majolien who persisted in coaching Andrew to feed, and devised an elaborate feeding plan. 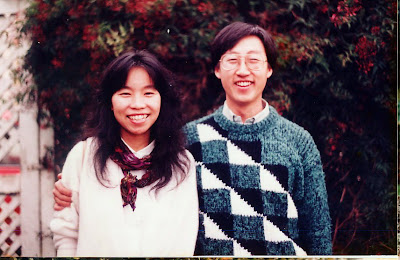 Dr Bobby Tsang was not only Andrew's doctor, he was our personal friend. Here he was at the garden of the Corbetts with Ling Ling his wife, taken during a farewell party for us as we were leaving for Singapore. Bobby, You are the best.

Daphne, Andrew's favourite Day nurse. She was nursing until last year, and I wish I had gone to the hospital to see her earlier. I am happy she is now married. I gave my book to Nurse Janny to pass it to her. Daphne is what the Chinese would call, " Money can't buy." She had two Polaroid photos taken, and she gave them to me later when we had left ICU.
p%2Bentrance.jpg"> 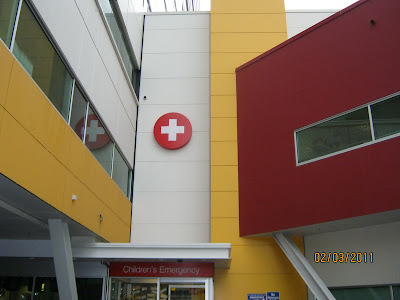 The hospital is now here. I went back and had a tour guided by Doctor Aftimos.

the theme for May 13 is in honor of Nurses. May 11th is Nurses Day. So show us your medical personal, nurses, doctors, helpers, hospitals, doctor offices of your town.

The history of Nurses Day can be traced back to 1953 when Dorothy Sutherland of the U.S. Department of Health, Education, and Welfare sent a proposal to President Eisenhower to proclaim a "Nurse Day" in October of the following year. The proclamation was never made, but the following year National Nurses Week was observed from October 11 – 16, marking the 100th anniversary of Florence Nightingale's mission to Crimea.

In 1989, I "lived" 55 days in the ICU at the national women's hospital in Auckland New Zealand. My son Andrew was born with a fatal syndrome called Campomelic dysplasia . The nurses, doctors, social workers were ministering angels. I published my book

Unfortunately I didn't take many photos of the ward and the doctors and nurses.

All the caring nurses, physiotherapists and staff at Ward 11A in National Womens’ Hospital back in 1989


They are part of the Hospital life of my late son Andrew.
Posted by Ann, Chen Jie Xue 陈洁雪 at 9:40 PM