Stealing from the dead 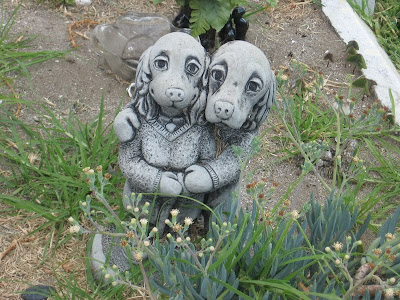 My very clever Chinese grand dad used to say, you can steal and offend anyone but the dead. You can't repatriate to a dead person, and an angry soul is impossible to appease.

This is a post I did in 2005 with a very high profile case where a rising member of parliament had to resign. Today, another moron has done it. I am very passionate about this. if some one steals my late baby Andrew's identity, I would be in court to give my victim's testimony or victim impact statement.

This is the stuff you read in books or watch in movies. I am most upset that people actually do go to cemeteries and steal babies' identities. Many of you know that my baby died, and I would not only be flabberghasted but be extremely angry if some idiot had stolen my late baby's identity and use it to apply for a passport.

New Zealand Acts party hard line law and order spokesman MP David Garrett has told Parliament he created a false identity by applying for a passport in the name of a dead child 26 years ago.

In a statement to the House this afternoon, the MP said he had used the method outlined in Frederick Forsyth's novel The Day of the Jackal to apply for the dead child's passport.

Mr Garrett said he had applied for the passport as a prank - to see if it could be done - and had never used the passport, which had since expired.

Mr Garrett was arrested years later as part of an investigation into bogus passports, conducted by the police in the wake of the discovery Israeli Mossad agents had used the same method to obtain New Zealand passports.

The MP said he had expressed remorse to the parents of the child and written to apologise to them. Today he said he would carry the remorse with him for the rest of his life.

I took this photo of a baby's grave. It is not my son's.

An elderly man who stole the identities of dead children to con taxpayers out of $447,000 has been sentenced to three years and two months in prison.

Colin Diedrichs remained undetected for more than 20 years as he claimed extra superannuation payments using the details of two boys who died in the 1930s and'40s.

One of the family members of the dead boys wrote to the court and described Diedrichs' offending as "horrible and distressing''.

The long-running rort was discovered only when Diedrichs applied for passports in the dead children's names.

He was arrested in November after a joint investigation by the Department of Internal Affairs, the Ministry of Social Development and police.

The 82-year-old has pleaded guilty to 17 criminal charges, including use of a document to obtain a pecuniary advantage and false representation under two different names.

According to the Ministry of Social Development, the theft is the third largest benefit fraud ever uncovered.

Diedrichs' lawyer Lincoln Burns accepted it was a large amount of money but $350,000 would be returned to the Crown.

He also sought a discount for Diedrichs' early guilty plea.

The retired gardener admitted to a Probation Officer that he knew what he had done was wrong.

"I had money but not enough. I was being greedy. I never thought I would get caught, looking at my age.''

The use of stolen identities of dead children is similar to how former Act MP David Garrett obtained a false passport.

Inspired by spy novel The Day of the Jackal, Garrett visited a cemetery in 1984 and found the gravestone of a two-year-old boy, whose birthdate was close to his own.

He copied the details, obtained the child's birth certificate, filled out a passport application and photographed himself in disguise.

Garrett was arrested in 2005 - before he entered Parliament - and resigned in disgrace in September 2010 when suppression orders were lifted to reveal his conviction for passport forgery.

The identity theft was described in court documents as "akin to stealing from the grave'' by the dead child's mother.

Benefit fraud cost taxpayers a record $22.6 million last year and nine social welfare staff were sacked for ripping off the system.
Posted by Ann, Chen Jie Xue 陈洁雪 at 3:17 AM