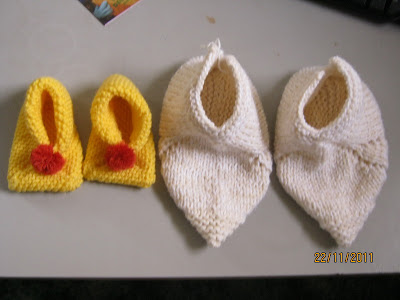 These booties,
These slippers,
Are never worn and will never be worn.
You see,
They belong to a little boy, 22 today.
Officialdom deems that he doesn't exist.
How wrong they are.
He grew in his mum's body.
He lived for 55 days in her arms.

To be philosophical,
This year, Andrew made his mum known.
They featured a newspaper article on her.
They made a TV documentary.
Thank you, my dearest Andrew. 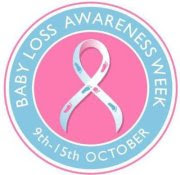 idiots steal from the dead 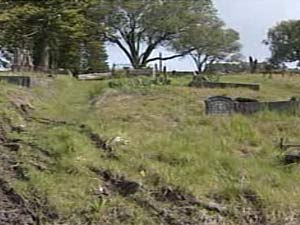 In Waikumete cemetery in West Auckland where my son was buried, a gang of idiots, brainless hoons had been removing brass plaques and selling them for $21 each. It cost the loved ones at least $500 to have them made.

These idiots are not young kids. Last year, a 33-year-old Lower Hutt man has been arrested and charged with theft following the disappearance of more than 40 bronze plaques from the Whenua Tapu Cemetery, north of Wellington.

"This kind of offending is absolutely appalling. These plaques honour graves of people's loved ones," Inspector Gary Davey said.

Dan Sales from Waikumete Cemetery said after a search of records it was found out that 13 of the plaques were from their graves.

The plaques were ripped from the resting place of loved ones at the cemetery.

Just scum, just the lowest of the low," said Sales.

"There are certain things that you just do not do in life and one of them is grave rob. People used to be hung for that, graverobbing and I'd put that in that context."

A bronze or copper plaque costs families about $500 but the scrap metal value is just $21 at today's rates.

"It's part of that grieving process and people do like that visual name, they do like to see that name on their loved ones' graves...to take that away it's just unbelievable," said Sales.

Police are still hunting another person in connection to the case.

They say families with missing brass plaques on graves at Waikumete Cemetery should contact them.


My Andrew's plaque is cemented in my heart where nobody can steal.

A Mother buries her son.


This morning, a mother buries her son.
She is no random mother I read in the newspaper.
She is the mother of 4 of my students.
She is someone I talk to.
She is burying her first born.
Sanele was 17.
Sanele was killed by a drunken driver.

This month is Andrew's anniversary month.
I had Andrew for 55 days.
Teevao had Sanele for 6207 days.
I understand Teevao's grief.

I saw Sanele's sister Faith.
She came to school just one day.
I hugged her tightly.
I didn't have to say anything.

Teevao Pauli sits next to the body of her son Sanele at their home in Pt Chevalier. Photo / Steven McNicholl

The parents of a teenage boy killed on his way home from celebrating the All Blacks' World Cup win wanted him to stay at home that night.

But Sanele Pauli, 17, was so desperate to be part of the festivities that he pleaded with his mother for a week until she let him go.

Now Teevao Pauli must say goodbye to her boy for ever - and is left wondering if he would still be alive if she had not changed her mind just hours before kick-off.

Sanele was on his way home in the early hours of Labour Day and had just stepped off a bus with his brothers when a car hit him in Great North Rd, Pt Chevalier.

He was 500m from home. The Herald revealed last week that the man driving the car was a disqualified driver with three previous drink-driving convictions.

The 38-year-old had a breath-alcohol level of 512mcg - the limit in 400mcg. Police allege he was also speeding.

Mrs Pauli was sitting waiting for her boys to come home.

"The whole week Sanele was asking me. I said, 'No, I don't want you to go," she said. "But I could tell that he really wanted to."

Mrs Pauli eventually agreed to drop Sanele and his brothers Tapu, 15, and Sefo, 14, in Queen St.

"Sanele was so excited. He was the last one to get out of the car. He turned and said, 'Thanks mum,' and I knew he was so happy."

Tapu had a cellphone to call home if they needed a lift, or text if they were taking a bus.

"I stayed up, sitting and waiting for their call. Tapu called me and I heard him crying ... 'Mum, mum, come ... Sanele got hit by a car and he's not breathing'."

Mrs Pauli woke her husband, File, and they rushed to the scene.

"When I got there I saw him lying on the road on his own. I asked the policeman, 'Why are you not helping him?' He just comforted us and said, 'I'm sorry, we couldn't do anything. He's already gone.'

"I asked if I could go and hold him and say goodbye, but they couldn't let me. My boys were saying, 'Sorry, mum.' They were blaming themselves for what happened, especially Tapu."

Sanele was crossing the road with Tapu when he was hit. Tapu told his mother he saw the car coming towards them. He was between the car and his brother.

"Sefo got off the bus and ran across the road. Sanele and Tapu stayed on longer to say goodbye to their cousins. When the bus left, they crossed the road. Tapu didn't know if Sanele saw the car. He said it happened so fast. He stopped, he was right there, he was looking at the car ... then he heard the noise of the car hitting Sanele."

His younger sisters Celyn, 15, and twins Faith and Hope, 7, were also devastated.

"The police tried to explain about the driver but I didn't want to know. Nothing's going to bring my son back. I'm still just trying to focus on my boy. I haven't thought about the driver yet."

Sanele's body has been at home with his family this week. His funeral is on Saturday.

He would have graduated from Avondale College this month and had enrolled in a mechanics course at Unitec. Mrs Pauli said Sanele was a "daddy's boy" and wanted to be a mechanic like his father.

"He was his father's right-hand man. His father relied on him to help with the cars. I'm just asking myself, how do I say goodbye to him when I bury him? How will I accept that? I know I will never see him again."

Mrs Pauli said that if she could say one last thing to her boy, it would be "Go in peace".

Peekaboo: A movie about bereaved parents

A powerful and compelling short film looking at baby loss, starring Lesley Sharp and Shaun Dooley.
Finally, here is our teaser for Peekaboo. Please take a watch here, and help us by donating to help us complete our film. Please share this with friends and help spread the word. Hope you enjoy it.
Thanks.


Click here for trailer. It is very sad and solemn. But the who won't be sad when their babies die?
http://www.sponsume.com/project/peekaboo-teaser
www.sponsume.com
Our Story "The gift of life gets taken back but the love goes on and on." We are Big Buddha Films, award winning film company based in the UK. We are making a powerful short film called Peekaboo. Our film looks at stillbirth and terrible suffering it causes to families.