What can one say? My case was a reverse, and all the hospital could say was, we are sorry.

EXPAND
Toni Alexander and Ava. Photo / Joel Ford
Waikato Hospital has apologised to a woman who was told to terminate a pregnancy weeks before giving birth to a healthy baby.
Toni Alexander was told her unborn baby had no facial bones, missing organs and had no chance of survival after she was diagnosed with preterm premature rupture of membranes, or PPROM.
Two weeks ago, the Herald on Sundayreported she gave birth to a healthy baby girl.
"They visited me at home and said they were sorry for what had happened and said the hospital should have been up to scratch," Alexander said. "They accepted they had made a mistake but wouldn't take responsibility for one of the main doctors who told us to terminate, because she doesn't work there anymore."
Apart from a horseshoe kidney, which affects one in 400 newborns, Ava, now 1, was like any other baby. Waikato Hospital could not explain why the scans showed missing organs and facial bones.
Figures released under the Official Information Act estimate around 1800 babies are delivered after PPROM diagnoses in New Zealand each year. Most are healthy. Around 25 neonatal deaths were thought to be PPROM-related.
Ava's grandmother, Janine Cornelder, said she wanted the hospital to "step up" and institute policies so women diagnosed with PPROM were given good advice - not just told to terminate.
They also wanted to meet staff at Auckland Hospital where Toni was treated from 26 weeks and where she was advised to terminate at 30 weeks.
PPROM causes the loss of amniotic fluid rich in the protein, carbohydrates, lipids and urea a growing fetus needs to survive.
Waikato Hospital confirmed that it met Alexander and was still working through her concerns.
"We are glad she has a healthy baby and we will continue to work with her," said chief operating officer Jan Adams.
Posted by Ann, Chen Jie Xue 陈洁雪 at 9:17 PM 0 comments

Words of healing, The Aucklander

http://www.nzherald.co.nz/aucklander/lifestyle/news/article.cfm?c_id=1503372&objectid=11030495
The local newspaper magazine The Aucklander did a feature article on me.
http://www.theaucklander.co.nz/living/news/words-of-healing/3954293/, the writeup is no longer on online. I kept it.

This magazine comes free when you buy the New Zealand Herald. The paper is circulated in the whole of New Zealand.


Ann Chin has published a book about the death of her infant son. Photo / Kellie Blizard
A mother's account of the death of her newborn son has been turned into a book in the hope it will help other mothers heal. Rebecca Blithe meets the author.

"The specialist said, 'You're going to have a normal baby'," says Ann Chin, as she sits with a pile of her recently published book, Diary of a Bereaved Mother.

But the days that followed the birth of her son, Andrew, proved anything but normal.

"Once I had my baby they realised he was dying," she says, of his diagnosis of Campomelic syndrome; a bone and cartilage condition resulting in short limbs and breathing problems because of a small chest capacity.

"They knew because of the scans, but they didn't investigate because it was a rare thing," she says, of the abnormalities. "When the baby was born, they resuscitated him. He was going to die that night. He survived for 55 days.

"One afternoon I was told he had died. He stopped breathing, he turned black, he was dead for half of the afternoon. Then he began breathing again." Describing that afternoon, the author seems lost for words. "You can't really give words, except that it was heart-wrenching, I was in a black tunnel."

During this period, Mrs Chin stayed in the nurses' home at National Women's Hospital, awaiting her baby's death, and writing.

"It was not only a diary for myself but I was writing letters to family in Australia and Singapore.

I kept carbon copies," she says, adding her father had made his six children write daily compositions from a young age.

Twenty-one years later, after meeting other women who lost children, she decided to revisit her ordeal, in the hope of helping mothers cope and those close to them understand. "Six hundred babies a year die. That's more than the road toll. [Compared to the funding for road safety] there's just nothing provided for us."

Mrs Chin, who teaches English as a second language, says reliving the experience was difficult but cathartic.

"I took out all my old files. I read them and I cried. I sat at the computer and I cried. But after a while, I was okay. Then I finished the first draft on his anniversary."

She says the feedback so far has been positive, especially from those who have had similar experiences.

"One of the mothers [from a Stillborn and Newborn Death support group], she just cried. She said to have someone writing about it was really helpful. I've spoken to grandparents as well. People tell me, 'Now I understand'."

Her story also tells of her disappointment with some of the staff at the antenatal unit and the importance of cultural sensitivity. "We had two doctors who kept saying, 'This is his problem'," she says, of medical staff shifting the blame.

The book has been requested by one of Mrs Chin's doctors, who is now based at the University of Toronto, Canada, to assist with training and hospital management procedures.

Dr Simon Rowley is a consultant at Starship Children's Hospital who's been given a copy of the book.
"It is a good reminder to all health professionals that when our patients leave us, the story does not end for the parents. The detail is amazing, and every little thought and action seems to have been recorded as it happened, and then has been reflected upon.

"For parents undergoing similar experiences this book could be a great comfort. For health professionals, I would see it as essential reading." 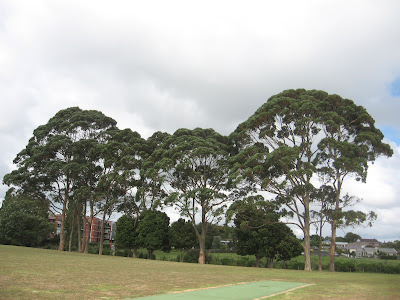 In USA, Malaysia , Singapore and many countries,
It is Fathers' day.
Some remember their deceased Dad.
Most celebrate their Dads and husbands.

As a bereaved mum,
I remember a group of Fathers,
And yet not recognised as Fathers.
I honour these bereaved Dads.

They are like these trees,
Outwardly, they are tall and strong.
Inside, there is pain.
Pain hidden to most.

How Great Thou Art. 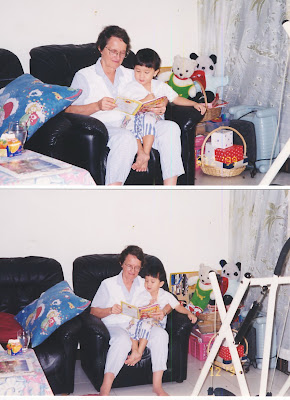 Miss Jackie Fries was a missionary from USA to Sibu twice. She taught me Maths and Physics in Form 4 and form 5 in Methodist Secondary School, Sibu. She was my form teacher. I have forgotten the formal education, but I have not forgotten the two hymns she taught. Amazing Race and How Great Thou Art.

Photos show Miss Fries listening to 3 years old Sam read. I was privileged to host Miss Fries during her Singapore legs of the Reunion in 1999. 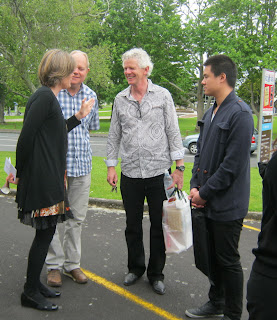 Our visitor singer David Morris came to sing in Mt Albert Baptist Church last Sunday. . http://www.davidlylemorris.com/ . He led us to sung How Great Thou Art, first in Maori, and then in English. He said that the Maori Battalion sang it before they went to fight in World War Two.  It was the 28th Maori Battalion, a legendary

Africa and through Italy.It was the legendary Maori Battalion song;


This evening, I had three heavy stuff. They make my trouble minuscule like a mustard seed. First, it was reading my friend Sarah Numan who wrote Noah's Story.

I knew she lost two other children, Hope -Dominique and

Willow, It was a long post, but I read every word of it, and

gasping and brushing back my tears. Sarah is no ordinary

woman, and she is so involved with Sands. I wrote to tell

her, when I was upset with the doctors for not investigating

further when I was pregnant with Andrew, Olwyn Dickson,

my mentor said, it was better for me not to have known to

there is something wrong or your baby was going to die.

That was what Sarah went through.

When we got to my friend's house for our weekly home group Biblestudy, they suggested we listen to Radio Rhema. There was a special talk by a woman Ann (Gimbell Spelling?). Her testimony was she lost 10 babies. Whoa!

I came home, my friend  Chang Yi posted on Facebook


When peace like a river (it is well with my soul)

misjudging the shallowness of the water. She suffered a

fracture between the fourth and fifth cervical levels and

became a quadriplegic, paralysed from the shoulders

When Andrew was dying in ICU, I used to sing this song. I

song, I too should sing this song and really mean it. I

couldn't really mean it, but God brought his angels to sing to

me and stopped me from killing myself. 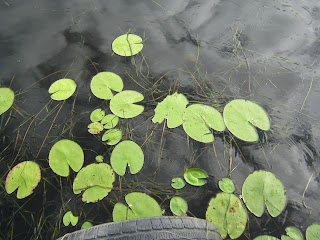 Couple of days ago,
a 15 year old child drowned.
His poor mum joined my club.

My fourth uncle
was only 4, when he drowned.
My late grand ma was the bereaved mum I know.

I look at this body of water,
I was told a kid almost drowned.
His mum was spared through the heroics of a young boy.