Thank you for your baby. 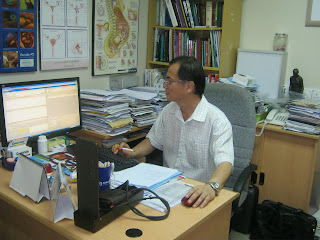 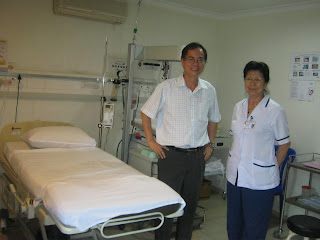 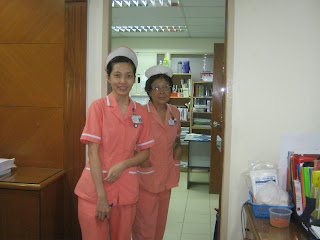 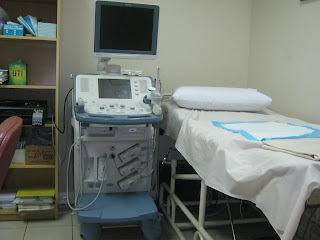 When Dr Peter Tang Ing Bing, gynaecologist and obstetrician, my student took me for a grand tour of his medical centre, he had not read my book. I don't think he knew about my story. I didn't want to take too much of his time.  I did not ask him if he ever had to say, "Thank you for your baby" to a mum.

Thank you for your baby.

A recent post on Facebook showed two photos. A mum and dad dressed in blue surgery grub were giving their baby girl their last kiss. There was a line of doctors and nurses who were bent in respect.

The caption was, “Thank you, Thank you.”

It reminded me of my own time. We said yes to the doctor’s request if the hospital could have Andrew’s body, because Campomelic syndrome was so rare. After he died, the doctors and nurses came to pay their respects.

When we had him for the morning, a nurse came and told us there was a message from the coroner that we shouldn’t linger as they needed to perform the autopsy.

We walked slowly downstairs back to Ward 11A. We both cried, knowing that separation was imminent. These would be the last few minutes. I buried my head on his. The ward clerk came and touched my shoulders and my head.

The head nurse, Jenny came and I gave her the doll.

“Tell him it’s from me, his mummy.” I eventually handed him over, however reluctant I was. I felt stupid, why would Andrew need his toy.

Jenny said, “On behalf of the hospital, I thank you for him.”

I walked away without looking back. Otherwise, I might have snatched him back.

It was the saddest thing; we hugged and walked out of Ward 11A. We had empty arms but they were heavy with an invisible load. No wonder people say the death of a child is the ultimate tragedy.

Ann Chin, “Diary of a bereaved mum, goodbye my baby.”