When I started this book blog, it was my intention to post excerpts of my book. I had not done that because it has been so busy this year.

Tomorrow 8th December will be my oldest Deborah's birhday. She is alone in Harbin in China. I am home alone with Sam because the water engineer is on overseas assignment. I think of that particular birthday that Deborah had. The birthday after Andrew had died. 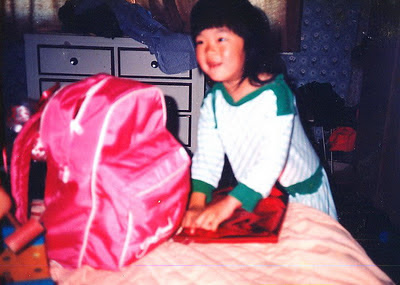 Deborah wearing her dress I made the night before. 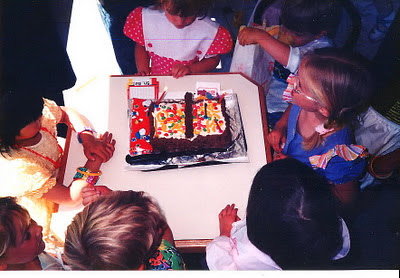 A special cake that wowed her friends. 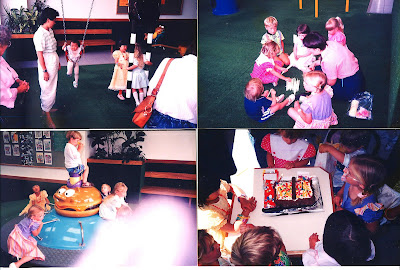 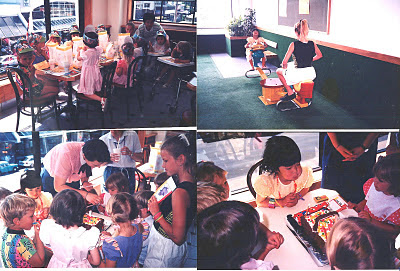 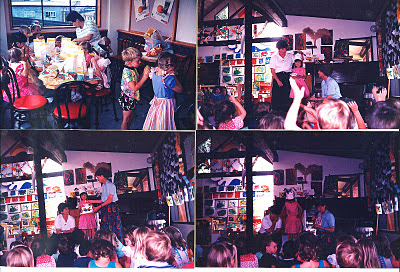 It was Deborah’s birthday on December 8th. In New Zealand, your fifth birthday is a very important day. You start at school on that day. Yesterday, her kindergarten teachers took her to her new school, Maungawhau School, for a visit. She came home all excited: they sang Happy Birthday to her, and gave her a very important chore. They gave her a white mouse to take back to her kindergarten. Her head teacher Margaret said this had never been done before. Margaret had told Maungawhau School about Andrew’s death, and they wanted to make her feel special. On the 7th, they gave her a farewell with a big play-dough cake and gave her a crown for a princess. She stood on top of a pedestal.
On our way home, I promised to sew a new dress for her to start school. I remembered the other promise that I hadn’t fulfilled. I told her that I would sew her a new dress for her to wear to Andrew's funeral. But I couldn't, I simply couldn't.
So off we went to Geoff’s Emporium and bought a length of stretch green stripy fabric to make a dress. That night, when everyone had gone to bed, I sat down to sew. Anyone who sews would tell you that when you sew, you need to give it your full attention to produce a good outcome. I had not slept properly for months, I was not in the right state of mind, but I was determined that I wasn’t going to fail her again. There was a lot of sewing and unpicking. I don’t remember how long it took. I eventually finished it and hung it at her door.
It was all worthwhile when I heard her say, “Mum, it is beautiful” and she gave me a hug.
I was lying in bed when I told her to parade herself and to do pirouettes. We gave her a pink backpack, her stationery, her drink bottle, her yellow lunch box, her new shoes and socks. It was easy for parents to buy presents for their five-year-old to get all their requirements for their first day at school.
Deborah was all set to go to school. Our neighbour Brina’s kids Marisa and Peter had come to take her to school. She was excited, but I wasn’t ready. By the time I was, Marisa and Peter had gone and it was too late for us to walk, so we took the car. Deborah was disappointed. She and Marisa had talked for months about walking to school. I saw the class teacher, and I told her about Andrew. The teacher said she had been told, and she would be watching out for Deborah.
Looking at my little girl going to school in a dress which was shabbily made, and failing in getting her to school on time and upsetting her plans she had made with her friends, must have given me a jolt. I drove home with Gabrielle. No, I didn’t have the motivation and energy to do things. I went on a frantic writing spree.
Yes, that was what I could do, I could write about my feelings. I was struggling with my grief and desperate for an outlet for my pain. My outlet was writing. While I wrote, I told God my pain, I told God my anger, I told God my hopelessness. I wrote to thank all the lovely people at Ward 11A, I wrote to thank all my friends who helped me journey along my hour of darkness. I wrote to my dad, to my siblings, to all my friends who had returned to their home countries in Malaysia, Singapore and Indonesia. I wrote to the hospital superintendent to thank her and tell her what a great job the doctors and nurses had done at 11A, Andrea in the crèche, Cherry Thompson in the Nurses’ Home, the check-out operators at Oliver’s, and Wendy Green. I even wrote to everyone at Ward 11A; I remembered everyone, from the doctors to the cleaner, who was involved with Andrew in one way or another. I even remembered most of their names and what special things they did. It was a six foolscap pages long.
It was therapeutic, all this writing. It was like God was saying; cast all your cares on me. I will not forsake you. The young doctor who spoke to me in the beginning days was right when he told me to focus on the good things, like friends who have helped me. Of course, during the early days, it was easier said than done.


We hadn’t celebrated Deborah’s fifth birthday in anyway. She went to bed thinking that we didn’t celebrate because Mummy wasn’t feeling well because baby Andrew had died. I baked her a cake after she went to bed. It was going to be a surprise. I had not baked since we found out that Gabrielle was allergic to egg and dairy products. Before that, Deborah enjoyed baking very much.
I made a rectangular cake, and wove a basket of patterned brown chocolate icing around it. Then I cut part of an ice cream carton and used it for the handle. I filled the top with lots of miniature fruit candies. There were red strawberries and yellow bananas. It really looked very good, like a basket of fruit. It conjured up images of Red Riding Hood taking a basket of goodies to her ailing grandma. If only you could see the photos. I must have stayed up the whole night baking, waiting for it to cool and then icing it. Chen Onn was used to me staying up and not sleeping. Sometimes, he would call me to bed; at other times, he just went to bed by himself. It was useless calling me to bed because I wouldn’t come.
I hid the cake from her, and in the morning, we just carried on as though it was any other day except Dad was home.
In the afternoon, we took Deborah and Gabrielle with Marisa and Peter to McDonald’s at Broadway in Newmarket. It had a nice indoor playground. Deborah thought were were just going to McDonald’s for a meal. There we surprised her with her friends Joy and Craig DeStiger, Miriam and Joanna Finch, Anna and Scott Bettridge, the Teal boys and others. Deborah was over the moon when she saw the cake. She had a marvellous time, and thoroughly enjoyed herself. Birthdays at McDonald’s playground and birthdays were a new thing at that time. An employee of McDonald’s coordinated the games and party favours, so I didn’t have to do much.
I was in turmoil: if only Andrew was alive and was a normal baby, I would be the happiest person in the world. I let the employee conduct the party and I just sat there reflecting. Deborah was our first-born, and Andrew was our first-born son. Having a son is so important to a Chinese family. I had failed Chen Onn, I had failed the Chin family.
Towards the end of the party, my brain was so numb. Someone touched my shoulder. She was someone I had worked with in Auckland Hospital when I was the crèche administrator. Her daughters went to the same Auckland Hospital Crèche as Deborah and Gabrielle. Her older daughter later went to the same kindergarten as Deborah. She had brought her daughters to McDonald’s, and Deborah was glad to see them. I forgot her name, but I remember her face because she was in the photos. We sat and I didn’t say much.
She said, “Still hurting, huh?”
Posted by Ann, Chen Jie Xue 陈洁雪 at 10:50 PM