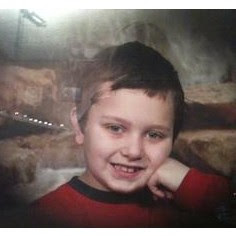 I am part of the Change.org which is an online organisation that fight for justice of the underdog.

Yesterday, I got an email petitioning to end abuse of Autistic students in Mercer County, Kentucky. I did a post http://ann-mythoughtsandphotos.blogspot.com/2011/12/sign-petitionstop-mercer-county-ky.html
on my blog and facebook.

As I did the post, I was wondering how it affected me or to many, what is it to me? As a bereaved parent. I was told through the experience of parents who have special needs children, the initial feeling was one of bereavement. They are bereft of the healthy baby/child they have hopes and aspirations they have for the child. Once that bereaved period had past, they learn to accept this child who will have a lot of challenges.

During my stay in the hospital, I met two sets of these parents. I will never forget what they asked me," Is it better that your Andrew dies and you suffer an intense lost, and then you can move on, or is it better if we have a less sick child, but we have to help her all her life?"

No wonder Sandra Baker is fighting for her 9-year-old son Christopher. Fight on Sandra, I am behind you.

Andrew shares his nursery with three and sometimes four babies. Most of these babies are just premature and have nothing wrong with them. Occasionally some of them have some problem, and with a lot of medical intervention, they survive with some sort of handicap. They stay in this ward 6 and grow until they reach the magical number of 2.5kg or 5.5 lbs. The mothers then joyfully take them home. As we usually do not discuss our babies, many of the mothers do not know Andrew’s situation.
They are euphoric and tell me, “Don’t worry, your turn will come to take Andrew home.”
I smile at them but cry inside. He won’t be coming home with me.
Andrew is the longest staying baby in the ward. I sometimes joke with the nurses that he’s the oldest swinger in town. It is ironic that his ward is the last room in the promotion line. There were some mums who talked to me about their babies. What else could we do when we sit in the tiny cubicle but talk?
There was Sina’s mum T. She was diabetic, and Sina was very premature. Sina was also hydrocephalic. Her head was growing bigger and bigger and was almost the size of a big balloon. You could literally see her veins and her head stretching as though it was going to pop. Sina had a few operations to insert a shunt to drain the fluid. Sina’s mum T was a big Samoan woman. In her simplicity, she forgot the rule of not asking about other babies or telling them about her own baby. She was worried that Sina would be mentally handicapped. Sina’s cot was just next to Andrew. I think she knew that Sina would be handicapped but didn’t know to what degree. One day when Sina was in the operating room, she held my hand and cried.
She asked me a very profound question, “Ann, is it better that your Andrew dies and goes to Heaven or is it better I have a very sick Sina for the rest of her life?”
I couldn’t answer. I held her hand and cried with her.
I said, not even convincing myself, “Of course, you are in a better situation, you will always have Sina, and I have nothing when he dies.”
Sina was discharged.

On 23rd October, a little boy, Jona, was born with Down Syndrome. His dad was a young church minister of the same denomination as ours. Jona was the third child of the young couple. Our similarities were so alike, except that Andrew was dying; and Jona was expected to live though without the best quality of life. Jona’s having Down Syndrome came as a big shock as they had no antenatal warning. Doesn’t that sound familiar? His mum’s gynaecologist had not picked it up? Jona’s cot was next to Andrew’s and I overheard her talking to the doctor. I was crying for her. It was as if she was living a repeat of Andrew’s tragic story. When the doctor left, I broke the rule of not speaking to other mums about their baby’s condition.
I spoke to her, “I am sorry about your baby.”
We became friends. They had no idea how badly affected Jona was; they too were worried about a very bleak future for Jona. You may be surprised to know this discovery I made. If you remember Sina who had hydrocephalus; I wrote that Sina’s mum asked that profound question, “Ann, I don’t know which is better, to be very sick, but alive, or you have a baby and after he dies, your life would return to normal.”
This question was asked not only by an uneducated Polynesian woman. Jona’s mum was a highly educated Pakeha woman. She too asked that same question. I conclude that it is universal for every mum faced with the prospect of bringing up a very severely handicapped child. What is his future? What is my future? Is it better that he died early?
Posted by Ann, Chen Jie Xue 陈洁雪 at 12:04 PM

Email ThisBlogThis!Share to TwitterShare to FacebookShare to Pinterest
Labels: Petition.