It was through losing Andrew and writing about his life that propelled me to a writing career. 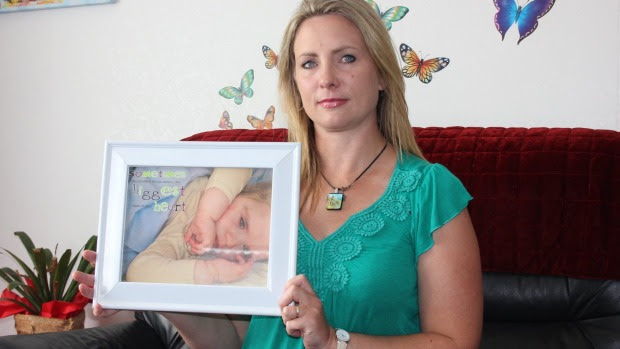 SHAUN EADE/Fairfax NZ
The death of Debi Piper's two-year-old son Eli inspired her to quit her job as an accountant and train as a St John paramedic.

The death of Debi Piper's son left her needing to find a purpose so she turned to the people she relied on heavily during his life, St John.
The Pukekohe accountant's son Eli was born in 2011 with a rare chromosome abnormality - resulting in chronic lung disease, seizures and the need for constant care and supervision.
His condition meant they became regular users of St John ambulances, using the service at least once a month.
"He was globally delayed so he had lots of physical and mental problems," Piper said.
"During his journey, I was used to him being on oxygen, dealing with lots of seizures and dealing with feeding tubes.
"He was born with a really severe genetic condition so right from the start we did not expect him to live but he fought really hard."
After battling for two years, Eli died in 2013.
Piper admitted she had a tough time dealing with the death of the youngest of her four children.
"I was angry at the world; I was angry at God; I was angry that this little boy, who I had prayed to live, had died," she said.
Her life had been turned upside-down, her priorities changed and suddenly she realised that she could not go back to working as an accountant. She needed to give her life a new purpose.
"It just dawned on me one day that I could do for someone else what St John did for me," she said.
"Money was not a factor to me, I needed that purpose. I have all these skills that I have learnt with my boy and know I can put them to good use and become a paramedic."
Seven months ago, she enrolled at AUT University for a Bachelor of Health and Science with Para-medicine, started volunteering for Franklin St John and began her training as a St John first responder.
"I needed that change in my life now. I needed to find that purpose and volunteering was a good way of easing into it and not having that too long idle."
She said she enjoyed working with the other ambulance staff.
"They are being really really good with me and they know what I can and can't do, they throw me in when they know I can cope and they take over if they know I can't," she said.
"It is exciting to see the difference they make and exactly what they do."
She has already found her experiences with Eli have helped her when talking with the family members of those in need.
"I know what it is like - I know the relief that help is there but I also know the anxiety that help is needed and the uncertainty of what exactly is going to happen - and being able to see it from both sides is eye-opening."
Carrying out the roles of mother, volunteer and student has meant she has had to be extra organised.
"It is challenging and I rely on some pretty amazing friends a lot before and after school," she said.
But perhaps the biggest challenge for Piper was readjusting life as a student after more than 20 years out of the classroom.
"When I left high school in 1993, I do not even think we used the internet," she said.
"I did not understand about research techniques or even how to put an essay together so I was having to take extra curricular classes on top of my core classes just to learn how to be a student."
No matter how hard she finds her classes over the next three years, the memory of Eli will provide her with all the inspiration she needs to achieve her goal.
- Franklin County News
Posted by Ann, Chen Jie Xue 陈洁雪 at 12:05 AM