I posted this on my photo site, but with the comments I got, I decided to post it here too. Hootin Annie said how poignant the photos were. I didn't plan it this way, it just happened, no children playing on the equipment. They are gone, gone to play the equipments in the sky. 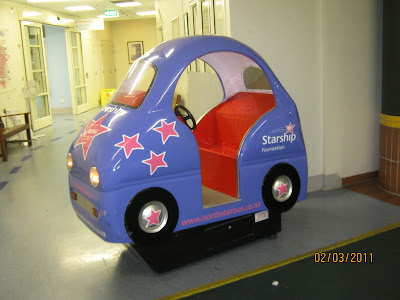 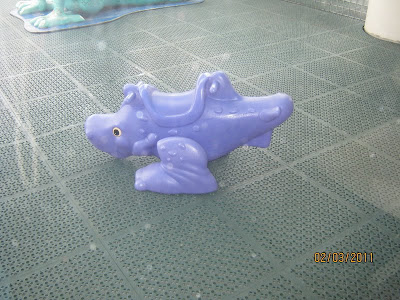 I went to the Starship hospital recently to meet with Dr Salim Aftimos. http:http://www.blogger.com/img/blank.gif//annkitsuetchin.blogspot.com/2011/04/diary-of-bereaved-mother-chapter-1-part_01.html

We talked about my late son Andrew and the future of my surviving children. Though the tears are gone, being with Dr Aftimos flooded back memories of the TLC treatment I received from him and his colleagues Drs Andrew James and Simon Rowley.

It was good to know that this artist Tiki had dedicated his song to the hospital, and that is has comforted parents like me who had lost their children.

Go to sleep, baby.
Close your eyes.
let the angels take you up into the sky

Go to sleep, baby.
Close your eyes,
let the rainbow take you up into the sky'

What started off as a calming song for Tiki Taane's baby boy has become a source of comfort for grieving families.

"I've had some tear-jerking emails from parents," the musician says.

Tiki has sung and played his guitar for his only child Charlie since the day the two-year-old was born.

Charlie started responding to the music when he was three months old and a few chords got him really excited.

"I decided I was going to write him a lullaby – that's where it all started," Tiki says.

He wrote and recorded the song and later decided to do something more with it.

He offered the tune to the Starship Foundation in the hope that it would raise awareness and funds – Starship jumped at the offer.

But he didn't expect the reactions he would get from patients' parents.

Lyrics such as `let the angels take you up into the sky' have been relevant for children who have died.

"Later on I realised it can actually be a sort of metaphor – taking your baby up to heaven."

Parents of patients have told Tiki the lullaby has become "their song".

They've also said it's been played at children's funerals.

All proceeds from the lullaby when it's bought off Tiki's website, www.tikidub.com go to the Starship Air Ambulance Service which flies medical experts to emergencies around the country.

After the Christchurch earthquake last month it flew patients out of the disaster zone in the first 48 hours.

Go to www.tikidub.com to purchase the song.

hootin--anni has a new meme.
IT'S ALL ABOUT MY NEW MEME THAT I HOPE SOME WILL FEEL LIKE JOINING IN ON THE CHALLENGE AND THE FUN [at least I hope the weekly challenge will be fun!]. It's loosely based on song lyrics [recorded songs since the beginning of time to today] and associating them with photos of yours...as I've done in the http://www.blogger.com/img/blank.gifpast...If you click on the link above, it'll take you to the Meme's Homepage for rules and buttons. There will be a Mr. Linky Widget for each individual week also. Do consider joining me sometime. Hope to see it flourish in time.
http://hootin--anni.blogspot.com/
http://www.stuff.co.nz/auckland/local-news/east-bays-courier/4804232/Tikis-Starship-Lullaby-touches-hearts

Go to this link to watch a video of this song.

Tiki embarked on his solo artist career in January 2007 and has gone from strength to strength, becoming one of New Zealand’s most popular and diverse award-winning artists renowned as much for his powerful live performances as he is for his anthems.
Posted by Ann, Chen Jie Xue 陈洁雪 at 1:59 PM