A child that is properly secured in an approved child restraint is less likely to be injured or killed in a car crash than one who is not.

I always buckled up my children in their car restraints, but I had this  harrowing experience. It was shortly after Andrew had died. I had a 4 years plus kid, and a 20 month kid. I stopped the car at one of the most busy road in Auckland, before I could unbuckle the 20 month old out of her car seat, the 4 year old had dashed across the road. Cars screeched to a stop on both directions. Lots of old ladies pointing their fingers at me.


A kind woman said, "Next time, unbuckle the baby first"


If 4 year old was killed, I wouldn't want to live either.I need a Valium washed down with wine! 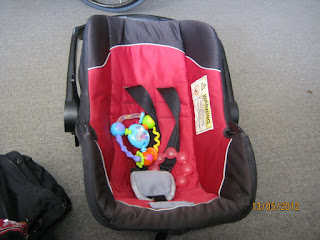 My oldest daughter in her bucket seat. I used to take her out in the garden when I hung up the laundry. 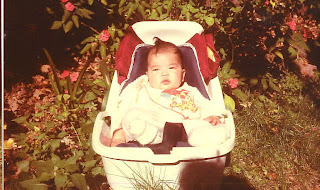