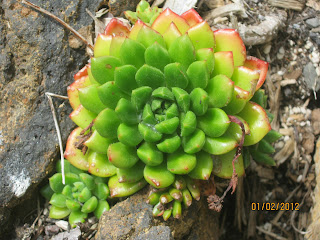 More than 1,270,616 people have read her story and like it. I want to add my two pence or two cents, because I can identify with her.

People ask her why she didn't choose to abort her boy. They stare at both of them. They talk behind their back. But none of that matters because this mother knows that her boy is beautiful just the way he is. What a great video.
For those without children, it's hard to understand a mother's love. As Christians, we try to walk in other people's shoes and not judge them. But if you were to see this mother and child, you wouldn't judge them harshly.

This wonderful woman didn't abort her child when others thought she should and she brought her baby boy into the world. Although he is blind, that doesn't mean he isn't beautiful and his life isn't filled with joy. You need to see this video!
My new friend, Amanda Whitehead, a fellow and  new bereaved  mother I met at Sands linked this video on her Facebook. As I watched it, there was no dialogue, only a young woman holding her baby with his back facing the camera. She used  simple hand written school note book paper as flash cards to tell her story. The songs she chose were the ones I would have chosen myself. , "Give me Jesus"and"The Splendor of the King."
Lacey Buchanan details in a flash-card style self-video posted on “GodTube” — the Christian version of YouTube — how her son Christian came to be, the whispers she endures because of his appearance, and how she ultimately overcame it. At the end of the video, she holds up Christian and turns him around to show the whole wide world what a beautiful baby he is.
As I watched the video, I can empathise with Lacey.  I went through such emotions thrice. The first time, I didn't know Andrew was inflicted with such a horrible syndrome that he was going to die the day he was born. People had asked me if it would have been better to abort him. I told them, I didn't know like Lacey did. But by bringing him to full term, I had 55 days with him before he became an angel.
7 years later, I was faced with the same dilemma. I had unexpectedly got pregnant. I went through a battery of tests. God had been faithful he gave me a rainbow son. What would I have done if if wasn't perfect?
Here, for Lacey, I chose a succulent plant. Succulents are tough and resilient. God bless you.