Do we take our deceased babies home? 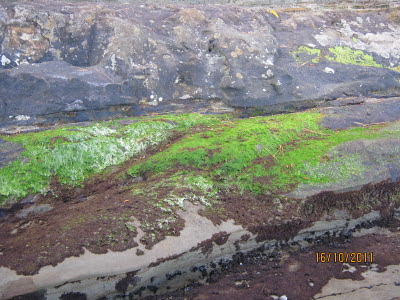 A deceased baby is like moss on the rocks. Nobody wants their baby to die. But he did, and the moss is there to remind you of your loss. If you are not careful, and the rock is wet and slippery, you slip and it hurts over and over again.

on today’s Happening Now, things turned ugly when Rich Lowry, editor of The National Review, called comments made by Fox News contributor Alan Colmes “contemptible” after he remarked on something Santorum chose to do with his deceased child.

The debate began when Colmes responded to a question on whether or not undecided voters will truly stick by Santorum when it’s time to cast a vote. Colmes answered, saying that his rising support will stop short once people “get a load of some of the crazy things he’s said and done, like taking his two-hour-old baby when it died right after child birth home and played with it so that his other children would know that the child was real.”

A maddened Lowry then cut off Colmes, calling the statement “a cheap shot.”


“To take something that is that personal and that hurtful as losing a child and mocking it like that … that is beneath you, Alan,” he said. “What you’re saying is contemptible.”

Alan Colmes sees the practice of taking a deceased baby home as crazy. Seems to be a situation of making statements on something he knows nothing about. Vicki Culling,from Sands Wellington/Hutt Valley and our previous chairperson has emailed him to remind him that it's not a crazy practice and we do it every day in NZ.

I watched a documentary "5 hours with Raja" where a family had taken their deceased baby home. It was very touching with all the members of the family there to say goodbye to Raja. There was healing. I wish I had done that with Andrew. It was a conflict of culture, we were Chinese in a western society.

Here's an excerpt from my book.

You left just like that,
In a little white box.
You look down,
And whisper,
I am not there.

Today, Andrew, my longed-for and well-loved son was laid to rest in Waikumete Cemetery. The funeral director tells me that it is the biggest cemetery in the Southern Hemisphere. Do I need a statistic like that?

We didn’t have a pre-funeral gathering. I wish I hadn’t agree to not viewing Andrew’s body after we left him for the autopsy. Chen Onn said it would be too disturbing for me to see his body all cut up. On Wednesday evening, I wanted to go to the funeral home to see him. The funeral director, who was a Polynesian said, I could if I wanted to. But I knew Chen Onn would not agree.

The Chinese brought their deceased loved one home. The body was never left alone. I cried for poor Andrew, lying alone in the funeral parlor. I cried for myself, I had three days, my heart was longing to hold Andrew, but I was in the house void of him.

We were in New Zealand and this was a white man’s culture and custom. I wonder if this helps in a mum’s grieving. Mum had said that the Ibans, the natives in Borneo, even hugged and kissed their deceased. I wanted to do that to Andrew. The Maori hold a tangi and it is similar to the Chinese custom.

When my dad died, we kissed him, we hugged him. My brother Joseph, nephews, nieces, my brother-in-law Kallang and I slept on pieces of cardboard on the floor of the funeral parlour. We took turns to sleep with him every night until the burial. Some of us stayed awake to company Dad.