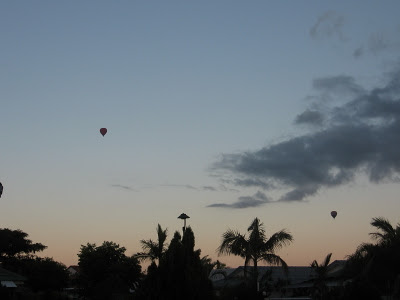 Police say they were notified of the incident just before 7.30am.

The local health board has confirmed that 11 people have have been killed in the crash at the showgrounds, beside State Highway Two.

Former ONE News operations manager Don Cunningham lives in Carterton and saw the balloon take off at the normal time of about 6.40am.

Cunningham said he heard the gas burners going and saw the canopy going down in what looked like a controlled descent behind the trees at about 7.15.

Conditions were perfect with hardly any wind, Cunningham said, adding that the balloon wasn't moving very quickly. He said he heard screaming and shouting and saw a big pall of smoke.

There are a lot of bereaved people from this accident. Bereaved parents, bereaved spouses, bereaved children.

My photo was taken early one morning at my brother Charles' house on the Gold Coast. I was talking with him and my sis in law who had been up on one. I said I didn't know the fun of being up in a confined space for 3 hours. I think I said something which amounted to "opening my smelly mouth."

The Transport Accident Investigation Commission has opened an inquiry into the accident. An investigation team is being assembled with the first two of up to four investigators due on the scene about midday.
Posted by Ann, Chen Jie Xue 陈洁雪 at 12:44 PM

Email ThisBlogThis!Share to TwitterShare to FacebookShare to Pinterest
Labels: accident